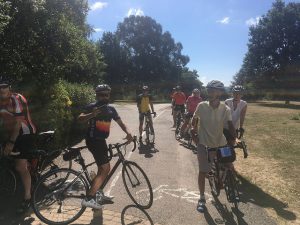 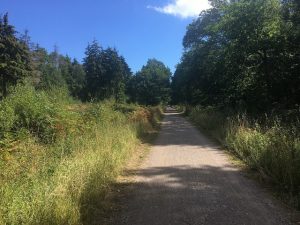 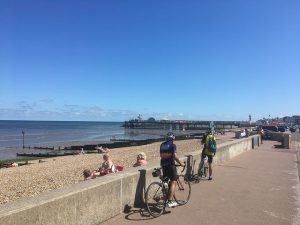 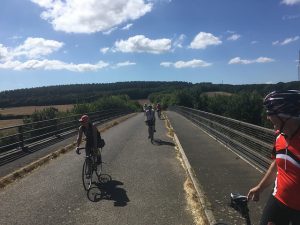 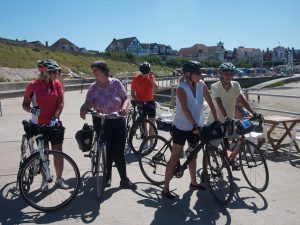 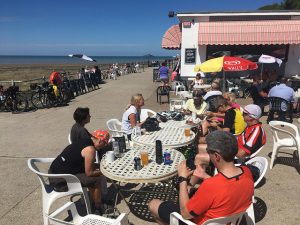 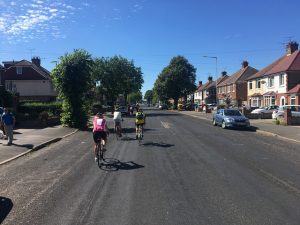 Jonathan’s report from the ride – to be discussed at tonight’s meeting. 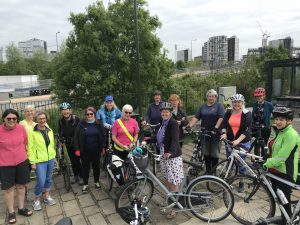 After the inclement weather of the previous day, it was great to see 15 ladies gather at the View Tube (8 of us having ridden together from Forest Gate at the WI ‘collection point’).  Our glamorous ride leader Anita briefed us on the route before we set out along the Greenway & down the Lee Navigation, leaving at Bow to cross the A12 via the underpass and head into the streets of Poplar. 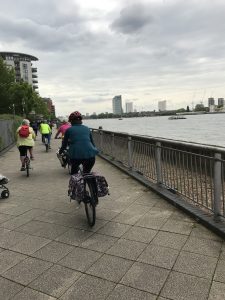 Of course, it also featured a tea stop by the Museum of Docklands and a lunch stop on Pepper Street!

Like all good tour guides, Anita saved the gem of the tour until last.  The real ‘Nonnatus House’ – actually St Frideswide Mission House on Lodore Street (sadly now flats), where we could peer down a gated alley to see where the midwives bicycles would have been stored! 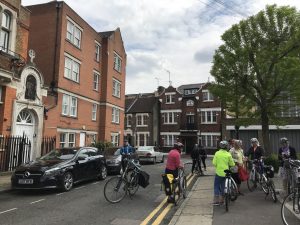 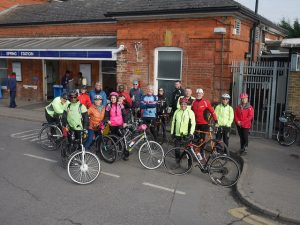 Given that the clocks had gone forward to BST and everyone had an hour less sleep we had an excellent turnout for this ride. Eighteen of us gathered at Leytonstone to catch the tube to Epping where three more riders awaited our arrival. The weather was clement, 10C and no wind, which was helpful as we were a large group on a slightly longer ride than usual, 37miles riding clockwise around Harlow. The road from Epping to Roydon in Hertfordshire is quite fast, and there was a fair amount of Sunday traffic so it was nice to cross the level crossing at Roydon and enjoy the quiet roads to Hunston and Much Hadam. There we crossed the ford and rode up towards Perry Green and the Henry More foundation, this is where the technical problems started.

Arnold’s derailleur sheered off just outside Perry Green. A few of us stayed to help, while the majority rode on for a mile to see the HM foundation and 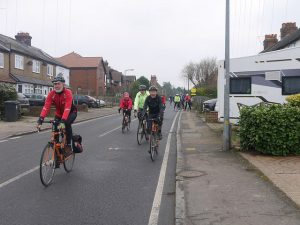 get a coffee. We broke the chain, disconnected and removed the derailleur and shortened the chain, so it became a single speed machine. About to move on and I discover I had a flat, the first of two for me and these deflations were followed by those of two other riders, four punctures in all.

cafe at the HM Foundation was closed and so we continued with a caffeine deficit. We crossed the M11 and arrived at Sawbridgeworth, where Arnold’s single speed repair finally failed and he took a train home.

We followed the Essex lanes to Matching Tye where we had a well deserved lunch at the Fox, the food was good and it was warm enough to eat in the garden for those that chose to. The route back followed Fagotters Lane towards Blake Hall and Toot Hill. We fixed another complicated flat, where the valve broke in the pump, and tackled the final hill to Epping Station in the sun. Overall an eventful ride, but very satisfying that we overcame our problems and enjoyed the day’s riding in the spring countryside in good company.

As always, thanks to Robin for the photos! More can be viewed here:

These two documents have been produced by LCC HQ as a guide for what we are trying to achieve for the local elections in May and why.