We had asked riders to book into this ride as it has been very popular in the past. However, several booking were either cancelled or were simply ‘no shows and we numbered just 9 riders, including two who had not booked. This was however a good number for the ride as we had two marshals, Ken and Robin, and were able maintain a tight group for the ride.

The weather was cool by dry and despite some traffic around Blackhorse Road and Hackney Central we were able to make good use of the Waltham Forest cycling infrastructure, the river Lea towpath and the Hackney Parks.

We managed three stops, namely, Wild Card, People’s tavern (Laines) and Truman’s, taking the traditional route in reverse. We had planned to stop at Redchurch, but the shutters were down and there was no sign of life. Other notable changes, Pressure Drop are moving from their current location in Hackney Central, to the same industrial estate as Beavertown currently occupies. Forest Road had a lively taproom, worth a stop on a future ride. Three Sods and the Bethnal Green Working Man’s Club were also not open.

The ride continues to evolve and there are still more brewery’s to visit than we have time available on an afternoon ride, but it is fun to try, and also to experiment with different stops

Click on the photo below to be taken to Robin’s pictures of the day – & the link to see the ‘live’ route.  Thank you Robin! 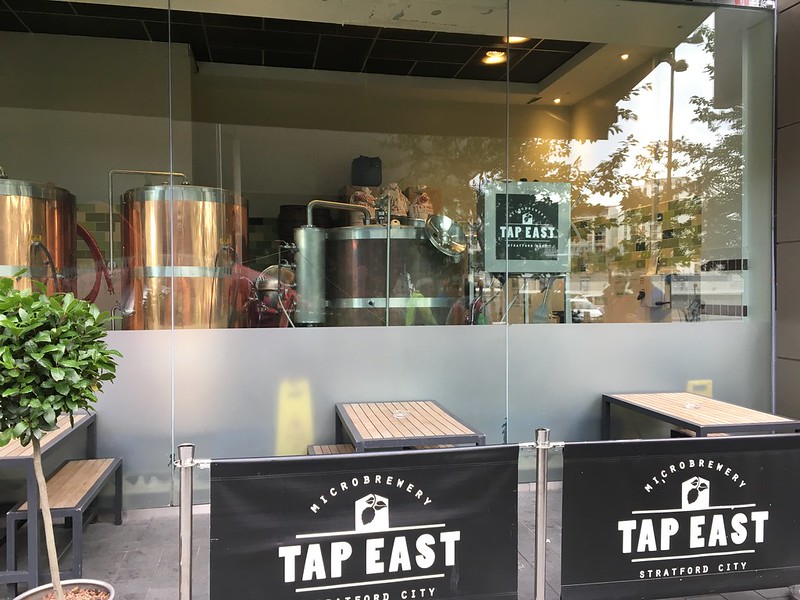