On Sunday morning, thanks to the nomination I received from the group, I got to ride in a celebration of Women’s Cycling, on closed roads in central London as part of the events preceding The Women’s Tour.

It was a short ride but the women taking part were all there because of the part they play in inspiring other women to ride – whether by providing training, or leading rides, or campaigning to make the city a place where women feel safe to cycle with their children.  Some of the other LCC local groups were represented as was LCC HQ. There were bikes of all shapes and sizes – cargo bikes, side by sides,  an elliptical bike and even a penny farthing! 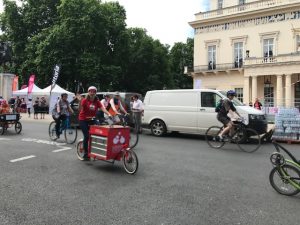 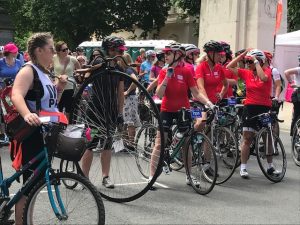 Both the Mayor of London and his walking & cycling commissioner, Will Norman, were there to wave us off as we rode out on part of the route that was ridden much faster later in the day by the elite women in the final stage of the Tour; along Piccadilly, Regents Street, Haymarket and around Trafalgar Square, before finishing on Pall Mall. 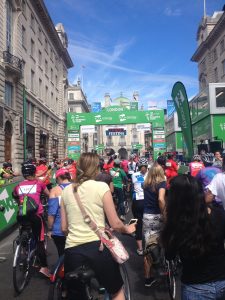 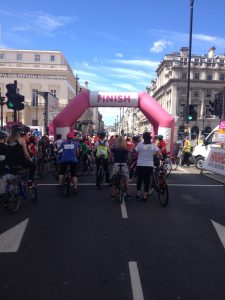