â€¢ Councillor Christie indicated that his role as Mayor’s Cycling Office had always been informal. Whilst he now had another formal executive post, he did still take an active interest in cycling issues. The removal of cycle parking and other infelicities happened by oversight rather than deliberate policy. NC made the point that consultation was not full. Given the possibility of oversight, this was important. DC agreed to look into more effective consultation. NC to follow up disappearing cycle parking in Leytonstone Rd and Romford Rd. [10 October Richard Wadey (RW) informed us that he was populating a database of “assets” such as cycle parking, cycle lanes and this should pick up for reference to him, all instances where projects impacted on cycle assets.]

â€¢ The Council were preparing new design standards (complementing the new LCDS) that would help avoid cycling issues falling through the cracks.

â€¢ Some discussion on the removal of CS2 at Tramway Ave. Counciloor Christie distinguished this junction from others as (a) not signalised and (b) a sliproad rather than a junction. He indicated that there had been numerous near misses and that it was a question of balancing out providing incomplete protection for cyclists (as complete protection was not practicable) against giving cyclists a false sense of security. Newham Council had responded to the CS2 consultation by asking for CS2 extension to be brought up to the same standards i.e. “hold left turns”. He invited suggestions for improvements.

Councillor Christie had no progress to report re Westfield s, but offered to ask the Mayor to write to Andrew Gillighan re need for LLDC to up their game. NC asked that Newham Council engage in favour of improving the cycle facilities in the LLDC planning process.

â€¢ Councillor Christie stressed that funding was tight and that highway money would be priorities on surfacing and pavement improvements which were getting particularly poor. NC stressed that for cyclists junctions were a priority. Financial constraints also bore down on the proposed cycle strategy.

â€¢ NC suggested a straightforward strategy built upon (a) a network of quietways (b) infilled with permeability measures in urban Newham and (c) 20 mph and (d) protection for cyclists on the relatively few major corridors (Romford and Barking Rds being LCN+ – albeit substandard). Councillor Christie was sympathetic to 20mph, but explained why politically it needed a robust evidential basis, and may be better approached piecemeal. NC were invited to assist in this. They indicated that immediate enforcement problems should not be a problem and 20mph could take effect over the long term. NC raised specifically 20 mph in Woodgrange Rd , but this was not discussed.

â€¢ Councillor Christie set out some current activity, particularly where funding was being sought or had been obtained: CS2; the Quietways programme -building especially on the Greenway, Royal Docks walking and cycling programme; the Roding greenway; and Gallions roundabout.

â€¢ Councillor Christie had obtained an update on the LCC ward asks: CTN – Leaway funded and in train; CTS – Silvertown Viaduct being looked at; Custom House – route from Building 1000 to UEL being sought from developers; SNT – Stratford gyratory junction improvement being sought from TfL; LI – Roding greenway study funded. He asked NC to look at their ward asks to ensure they were what we really wanted and gave the example of the Beckton roundabout. Posible future engagement with other Councillors discussed.

RW outlined priorities based on (a) what could be achieved bearing in mind 2014-5 needed spending quickly and DfT rules on transport signing facilitating contraflows changed in March 2015 (c) need to spread the work around wards and (d) links to coherent routes.

NC to seek to obtain the map of the ward audits etc.

Wok on this depended on there being funding left over from the priority section from Canning Town to Silvertown Viaduct including Tidal Basin roundabout. A cycle around revealed there was enough space s-e bound for two way track to link with that starting at West Sivertown DLR, and also a cycle facilities n-w bound using dock road and thus avoiding a difficult slip road. This may need to be held due to closure of tunnel under Sivertown Viaduct and pending development money becoming available.

RW asked if NC would be prepared to be trained to help with traffic surveys.

Many of you, like me, will use CS2 on a daily basis to get to work. Over the past few months, there have been a ridiculous number of changes to the start of CS2 at Stratford Broadway, coming full circle back to exactly where we started.  This just isn’t acceptable.  Not only is it hugely dangerous to keep changing the road layout so that no road user has any idea what they’re doing, but the cost of all these changes must be incredible.

Arnold has already emailed Councillors Crawford & Christie and submitted a Freedom of Information request, but it may be that this is something that we really want to push as a group. Please let us have your thoughts by commenting below.

Here are some photos documenting the changes as well as a short video. 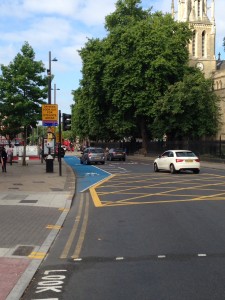 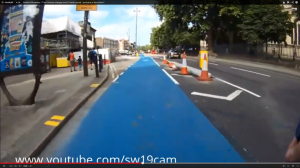 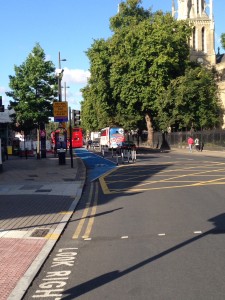 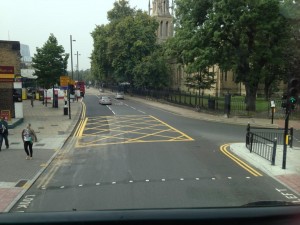 The consultation for both the East-West and North-South Cycle Superhighways are out. Â The plans look promising but as always need input from people using the routes.

Also, Danny at Cyclists in the City has written a good piece on the various consultations and plans going around:

There’s also a good article on the Telegraph website:

The next phase of the Space for Cycling campaign will kick off shortly, which involves us following up with all the supportive councillors to try and achieve our ward asks. Â The attached spreadsheet details each ward, who the councillors are (and whether they were supportive) alongside the ward asks.